By tacticalprofessor on August 2, 2017

As always, a good day at the range erases the ennui generated by Internet goofiness.

As I mentioned in my post about Structured Practice (Part II), many people have no plan and use no structure when they go to the range. That’s only because they’ve never been introduced to the concept of structured practice in any activity. I always have two or three objectives in mind for a range trip and I write them down to help me keep on track.

Yesterday, I had two principal themes for the trip.

For the CMMG unit, I had three things in mind.

Testing the Model 30 was a little simpler. My plan was to shoot the LAPD Retired Officer Qualification Course. The Course isn’t extensive but it allowed me to test the revolver’s reliability and see if it shot to the sights.

Fortunately, the CMMG shot fairly close to the rifle’s current zero. It just shot a little low, so I fixed that. The Alt-C course is a precision course shot at 25 meters. The targets are scaled from 50 meters to 300 meters.

Foxhole supported is simply a benchrest shooting position. There are benchrest positions available at my club so that’s how I shot Table 1. Even though I was using the iron sights, I was still able to shoot Sharpshooter. That made me happy because I haven’t fired a rifle in almost a year. 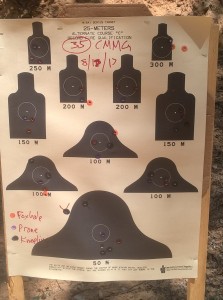 Next, I shot the MQP Tactical Rifle Pro-Marksman. My plan for that is to shoot one level each time I go to the range. Pro-Marksman has three stages; 7, 30, and 100 yards. The targets are expensive and hard to find but six inch circles are an acceptable substitute for the Program. The lid from a Cool Whip container happens to be six inches.

This was my 7 and 30 yard target. I like to mark the hits with different markers for each distance. 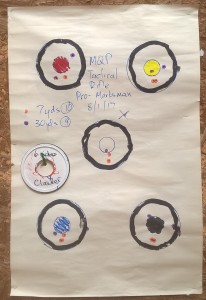 This was my 100 yard target. Any silhouette can be used for the 100 yard stage. The sun was in my eyes during the kneeling and prone shots so I was glad I hit as well as I did. 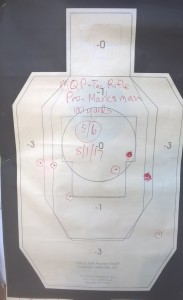 I write my scores on the sheet and scan it for record and future reference. 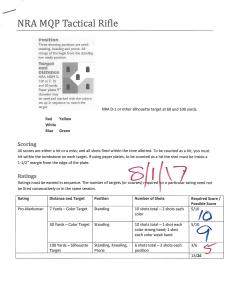 Finally, I shot the LAPD course with the Model 30. 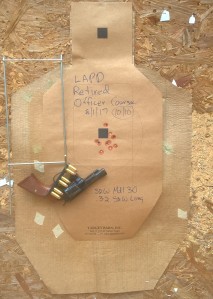 Having a plan when I go to the range helps me stay on task while I’m there. It also gives me a feeling that I’ve accomplished something when I leave. Next time, I’ll probably shoot the MQP Marksman level and the .22 Home Defense Course that I based on the old FBI [Sub]Machine Gun Course. 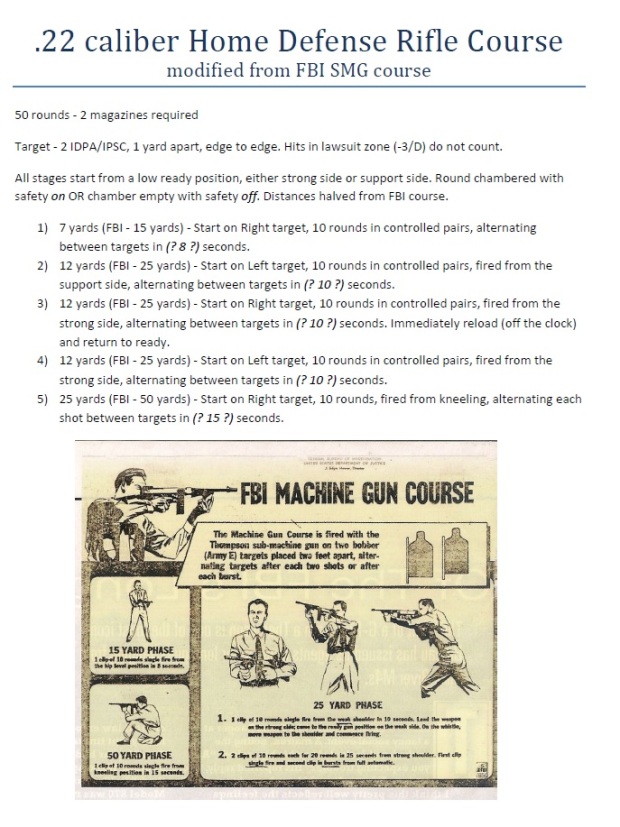