The Downsides of Intervention

By tacticalprofessor on September 11, 2019

The number of people who feel obligated to Intervene in other people’s quarrels simply amazes me. Someone commented on my Tactical Professor Facebook page that “Society is a better place when people practice self sacrifice.” That’s not the way our ‘system’ in America is set up. The American system of social controls has changed a great deal over the course of our history as a nation. At one time, we had to help each other. Unfortunately, the evolution of the Criminal Justice arena (and I use the word arena deliberately) during the 20th and 21st Centuries means, with regard to intervention in criminal events we are not directly involved in, that time is long past. Even the POlice take a risk when they intervene in others’ affairs despite the fact that it’s their job, they are equipped for it, and they have legal protections for doing so.

Your family is depending on you and they are your first and foremost obligation. No one will be a better father or mother to your children than you are. Don’t jeopardize that long term relationship for the short term gratification of Intervention for which you are unlikely to receive any thanks anyway. Intervention is all risk and little to no reward. No benefit accrues to the person intervening on another’s behalf. 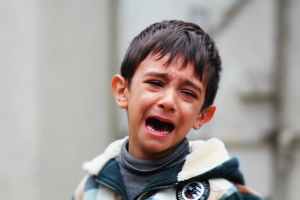 Crusading against Intervention has become a big issue for me since I began researching Negative Outcomes. Much like advocating taking a Defensive Driving Course, it’s largely Quixoteish but I feel the need anyway. It’s my own form of Intervention, I guess.

Like one who grabs a stray dog by the ears is someone who rushes into a quarrel not their own.

At one time, I had it in my mind that Intervention was a good idea but my Father always advised me against it. When I was a teenager, he told me about a guy he knew who was stabbed to death during the course of an Intervention just like the incident above.

Over time, I realized that it was one of those issues where the older I got, the smarter my Father became. My research into Serious Mistakes completely confirmed the wisdom of what he told me. The Intervention section of my Negative Outcomes database is huge. Some of those Negative Outcomes are so bizarre and so unexpected that they bring to mind something the Real Dr. House mentioned at last weekend’s Hemorrhage Arrest Course.

The difference between fiction and reality is that fiction has to make sense.

Of all the books I’ve written, I still think Serious Mistakes Gunowners Make is the most important. Life is a minefield in many ways. Knowing what they look like helps to prevent you from stepping on one.

Any of the books are easily converted for Kindle use.